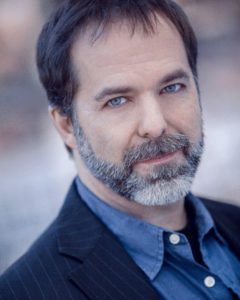 Matthew Pauli, MFA is a performer based in Maryland. He toured six seasons as a clown with Big Apple Circus spent five years as a principal puppeteer with Beale Street Puppets, based in Baltimore. At Imagination Stage in Maryland he built the Brontosaurus for Lulu and the Brontosaurus, Bunnicula for two different productions of Bunnicula, and all of the giants for a production of The BFG, and the humans for 101 Dalmations. He built pigeons, dogs and assorted other puppets for Mary Poppins at Olney Stage. His basement currently contains a full size rhino that a person can ride.

He has a masters degree in classical acting from The Shakespeare Theatre’s Academy for Classical Acting at George Washington University, an English degree from Georgetown University, and a degree from the Ringling Bros. and Barnum & Bailey Clown College. He has performed with The Washington Opera, The Shakespeare Theatre Company, The Folger Theater, Faction of Fools, Chesapeake Shakespeare Company, and many others. He’s also one of the founders of Clown Cabaret.