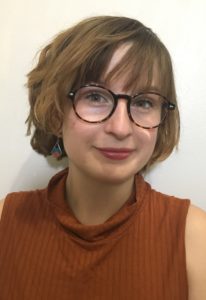 She holds a BFA in Theatre Performance from Virginia Commonwealth University. There, she directed several movement/devised thesis shows, and several student films. She has previously worked with Educational Theater Company, teaching a variety of classes from Musical Theater to Silly Storytellers, as well as shows where students create their very own stories.