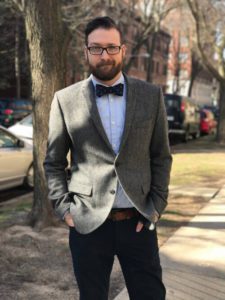 Scott was on Traveling Players’ staff from 2005 – 08, designing, constructing, teaching and touring.  We will remount one of his designs this summer — our Thespian Ensemble‘s Sganarelle. Additionally, he designed our Tudor Stage, which might get constructed outside our Tysons Studio this winter.

Scott is a co-founder of Brass Ink Studio, a Chicago-based design firm that focuses on commercial design projects, museum exhibits, and restaurants. He is also a guest lecturer at Northwestern University and an adjunct faculty member at Columbia College Chicago.

Scott received his MFA in Stage Design from Northwestern University.