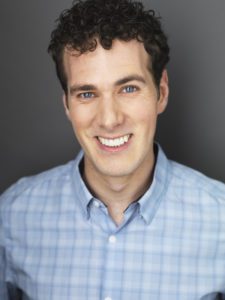 Tyler Herman (he/him) grew up in the land not ceded by the Nacotchtank people, now known as Silver Spring. He is a brother, husband, actor, director, and teacher. He loves board games, watching movies, and playing with his adorable puppy Covi (@thecovicam on Instagram). Tyler’s theatrical and educational work has been seen all around the area, onstage, offstage, and through mentorship and work with several synagogues. He is a founding company member of Faction of Fools Theatre Company. Tyler has had the immense financial and logistical privilege of attending Cornell and Brown universities, and having the means and family support to study theatre, dance, life, music, acting, troublemaking, and directing at those institutions.