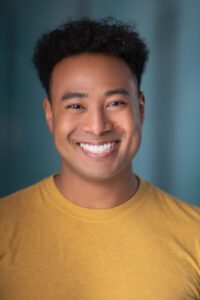 Will is an Atlanta based actor from Memphis, TN. In 2018 he graduated from the University of Mississippi with a B.A. in Theatre arts and a minor in French. With a professional career beginning in 2016, Will has done film, television and theatrical work ranging from contemporary dramas and comedies to classical Shakespeare.  As a lifelong martial artist, he has practiced various forms and holds several certifications with the Society of American Fight Directors (SAFD) including Single sword, Quarterstaff, Rapier & Dagger, Longsword and Sword & Shield.  Will is excited to return to Traveling Players Ensemble and to share his love of theatre and the outdoors!