Ryan (she/they) is a proud Shakespeare nerd and nature l 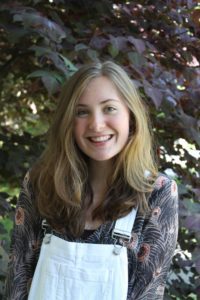 over excited to be joining Traveling Players this summer! She is a film student at Smith College in Northampton, MA, with a concentration in archival research and an active role in student-led theatre. She has acting credits in many shows (A Midsummer Night’s Dream, Two Gentlemen of Verona, Big Fish, Rocky Horror, Hamlet, Into the Woods, The Rise and Rise of Daniel Rocket, Comedy of Errors, Macbeth) and a love of directing, including productions of As You Like It (feature-length film produced in collaboration with middle schoolers at Heronfield Academy in Exeter, NH), Much Ado About Nothing (Hopkins School in New Haven, CT), various one-act plays and short films, and their own original feature-length film (writing, directing, cinematography, and editing credits). Outside of the theater, Ryan serves as the social media coordinator for her acapella group, the Smiffenpoofs, and works as a residential advisor and peer wellness mentor. She also spends a lot of time outside – she has been to an exorbitant number of National Parks (33 so far!) and is excited to explore what new adventures await in Leesburg. Their other interests vary between creative writing, playing the ukulele, and thinking about ghosts.