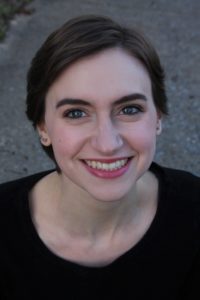 Lucia (she/her) is thrilled to be joining the Traveling Players Leadership Ensemble this summer. Lucia grew up in Milan, Italy where she fell in love with theater in high school and spent several summers in the mountains as a camp counselor. At 21, she moved to Lynchburg, Virginia to pursue Theatre Arts Administration at Liberty University, where she stage managed academically and professionally. In college, she helped develop the script and stage managed the all female original play Bloodroot: The Ballad of Clinch Mountain, which was nationally recognized by the 2019 Kennedy Center American College Theatre Festival for Distinguished Production of a New Work.

In 2019, she spent the summer at Tecumseh! Outdoor Drama as Assistant Stage Manager where she fell in love with performing outdoors. She has also directed peers and children in plays and audio dramas. She has a passion for collaborating on original work that pushes the boundaries of tradition and presents audiences with new perspectives and unusual formats.

Her stage management credits include The Will Rogers Follies, Parade, A Christmas Carol: The Musical, Fiddler on the Roof with Alluvion Stage Company, Hamlet with Rogue Productions, and Color Me Beautiful with Building Bridges Productions.