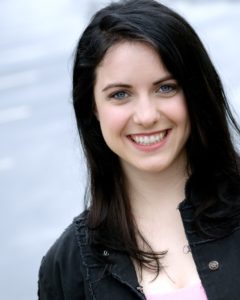 Rachel (she/her) has been a Traveling Players staff member since 2007. She has directed the Shakespeare Ensemble since 2013, earning her the title of most experienced staffer on Skyline Drive (15 tours!).  Over the years, Rachel has directed the Traveling Players’ Love’s Labour’s Lost, As You Like It, A Midsummer Night’s Dream, Two Gentlemen of Verona, Julius Caesar and The Merry Wives of Windsor, as well as assistant directed Twelfth Night, Macbeth, A Midsummer Night’s Dream, and Scala’s The Fake Madwoman.

A lifelong lover of nature, Rachel enjoys hiking, back woods camping, and being in the rain. She holds NOLS Wilderness First Aid certification. She has a Commercial Drivers License and trains Traveling Players bus drivers. Rachel is an American Sign Language interpreter and a graduate of the Interpreter Training Program at the Community College of Baltimore County.